ITHF Interviews: Who is Simon Thomas?

Our blog about Czech table hockey brings the first international interview with Simon Thomas (GB), the new ITHF President who will take over from Bjarne Axelsen (DEN) after the World Championship 2015 in St. Petersburg. Questions asked by Tibor Varga, the interview translated to Czech by Krystof Herold.


Simon, you have been elected a new ITHF President. Many of our readers and players worldwide will certainly ask: who is Simon Thomas? According to the WR you are a British citizen, but we regularly meet you at Czech tournaments. On top of that, you organize Berlin Open. It seems you were born to be international... 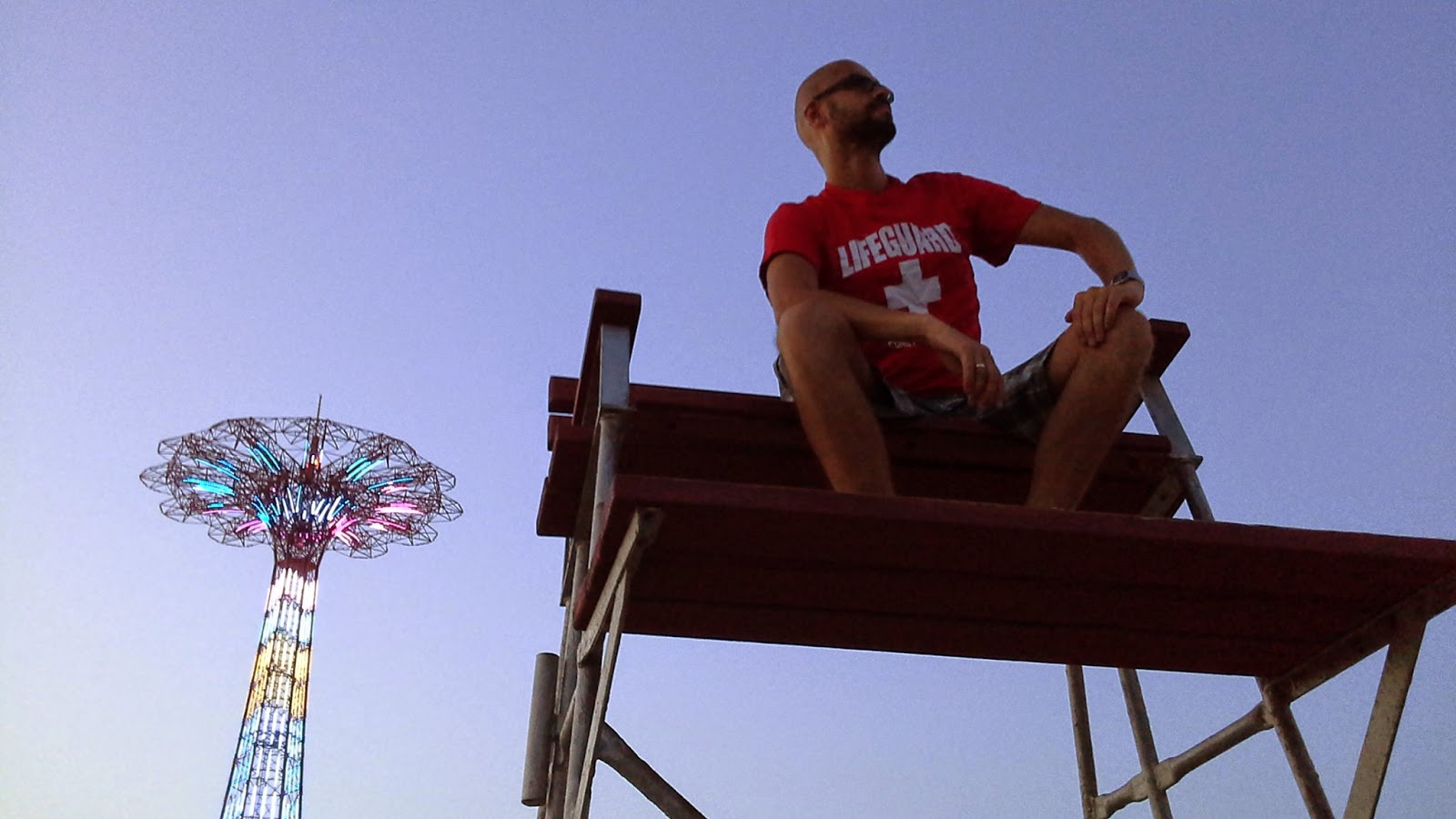 Yes, for me, nationality is just a piece of paper. It doesn't mean that much to me. I reckon if everybody thought that way, the world would be a better place.

How did you become a member of the Stiga Big Band Club in Prague?

The first Czech Cup tournament I visited (except for the Czech Open) was in Třinec in 2011. On the train back to Prague afterwards, I met the Big Band guys and we drank some beers together. From then on, I went drinking with them after every tournament. After a while, they started trying to persuade me to join the club. I soon realised that the only way to stop them forcing me to drink Jägermeisters all the time was to agree, so I joined!

When did you start playing table hockey? How did you learn about it?

I came across table hockey in 2006. My kids had just started kindergarten and my wife had made friends with one of the other mums there. So we had a weekend get-together between the two families. The wives were chatting and the kids were playing together, so I had to find some way to pass the time with the other dad, whom I didn't know. His name was Thomas Haussknecht. His brother had just given Thomas's sons a gift: a table hockey game. It was about half the size of a Stiga game. But it was great fun. We played that thing for maybe a couple of hours, just the two of us in the room. Our wives said it was weird that we had been in that room together for ages without saying anything to each other. But of course we were communicating the whole time: on the board.
After a while, we started actually talking as well. It turns out his brother had been to a couple of Stiga tournaments in Germany and told Thomas how amazingly good the players were: they could even do "combinations", passing the puck from one player to the other. Wow! After hearing about these extreme skill levels, I thought it sounded fun, so we looked it up on the net, found a local league in Berlin and decided to check it out.

The worst defeat in your life?

There have been so many! One defeat that I remember particularly well was in the Berlin league. A player beat me in the play-offs with passive play, passing the puck behind the goal between wingers again and again, for example. I found it so irritating losing that way. Even quite some time after the tournament, I noticed that I was still angry about it and I thought: "This is stupid. Here I am getting all angry about a game that was originally designed for children!" In fact, I decided to quit table hockey altogether. And I did. I stopped playing for three years.


Then one day, my wife said I should take out my old hockey game and show it to our kids, who had since become old enough to play. From that point, it didn't take long until I was keen to get back into it. But I promised myself I wouldn't take it so seriously this time. If it's not fun, it's not worth doing.

So now I try to approach table hockey with a sense of humour. If you look around at a tournament, you see us all giving 100% and playing this "children's game" like our lives' depend on it, which is great, but it's also quite hilarious if you think about it. On the one hand, it's a serious sport. On the other hand, it's quite crazy what we table hockey players spend our time doing. I really like that interesting dichotomy.

When you compare the international table hockey scene, say, five years back with the situation as it stands now: what has changed? Which of these changes would you put on the plus side?

The most obvious change is the rise of Russia to replace Sweden as the dominant nation in table hockey. Of course, not everyone is happy about that, but there are a lot of positives. They are working really hard in Russia to develop the game. As world ranking administrator, I have to set up the profiles of all the new players each week, which gives me a good overview of where the most development is happening, and it's really clear to me who is doing the most work in this area. I think a lot of the people who complain about Russian dominance should look at how it was achieved and try to emulate that in their own countries.

What do you think is most needed for the international table hockey at the moment? What can ITHF do about it?

One thing we need to do is reach out more. We need to help Stiga make the game a truly worldwide phenomenon. If we don't expand, the inevitable day when Stiga eventually decides to stop manufacturing the game will come sooner rather than later.

I think one way to expand would be to change the way we report on tournaments. If we want to reach a wider public, we have to present the game in a way that novices find entertaining. Lots of table hockey videos on YouTube just show match after match after match. That can be interesting for expert players to watch, but novices find it boring.

These days, at least here in Germany, there's a lot of TV programmes about song contests. They're really popular. They don't just show the songs and say who wins at the end: that would be boring. Instead, they have interviews, they show the participants travelling to the contest, they film them talking about their hopes and dreams. So then when you see them performing, you know who that person is and it's more entertaining. I think if we present table hockey this way, we can reach a bigger audience.

The best film I've ever seen about table hockey is "Table Hockey: The Movie", about Canadian players going to play in Sweden. It's fun to watch, because there's humour, rivalries etc. So then it's no longer about bits of plastic moving around on a board, it's a personal story.

I want to try something like that this year at the Berlin Open 2015. Of course, I want to play as well, so I won't be able to just film. But I am asking the players to help by filming their journey to the tournament, conducting interviews, filming their sightseeing activities etc. Of course, matches should be filmed too. But instead of showing lots of 5-minute matches, the film should show edited highlights of the matches, with slow-motion replays so that novices can see what's happening. Of course, it would be better with a professional film crew, or even film students. But this is just an experiment. Maybe it won't work out, but it will be fun trying.

Imagine a professionally filmed report on the world championships in that style. If we could convince Stiga to finance it, that would be a great way to generate more interest in the sport worldwide – for instance in China. Show the Chinese this game in the right way, and before you know it, Stiga will be selling thousands and thousands of games over there.

If there was only one thing you could change during your time in office, what would it be? What other issues would you like to deal with?

One thing I would like to change is the scope of the Tournament Rules. I think it's clear that those rules were intended only for international tournaments, i.e. World Tour and international championships. People running their local leagues should not have to meet all those requirements. And organisers should be free to try out new playing systems. I would change it, so the Tournament Rules just apply to international tournaments and only a few basic requirements apply to the rest. Of course, the Game Rules would still apply everywhere.

I would also like to make it easier for countries to get voting rights. Right now, the ITHF is the "world" authority on table hockey, but only 13 countries can vote. So I think we should make the membership requirements less strict. But we have to be careful to ensure that new members have an internal discussion/voting system, because when their national delegate votes, it should be the voice of their whole association, not just the delegate's personal opinion.

Another change would be more transparency. When the national delegates are voting, it should be communicated to everyone, not just the delegates. That way, individual players can follow what is going on and make sure their delegate knows their opinion. I also think individuals should be encouraged to contact the executive committee directly on important issues. Not long ago, Petr Sládek wrote to the committee about an issue that he felt very strongly about, and he was speaking on behalf of a group of players, not just for himself. But I was told not to answer him because he is not a national delegate and the current policy is to only respond to national delegates. I think the executive committee should be there for the players and if someone wants our opinion, they should get it.

Let us finish in the very near future: this year's Berlin Open is on in two weeks' time. How is this tournament different from other world tournaments?

Apart from the fact that we're trying to film it this year, we're also using an "inverse timer". So it's the opposite to the normal situation: music plays through the whole match, except for the last 30 seconds, which are silent. There's no countdown at the end, so players don't know exactly when the match is going to finish, which makes the final phase more exciting. Of course, for this to work, we have to ban players from using personal timers.

We're also introducing a fair-play award. Anyone observing a notable example of fair play during the tournament can nominate the player involved by describing the situation to the organisers. At the end, if the organisers decide that there is a suitable candidate, that player will receive a prize. Wait until you see how amazing the prize is! (...) Sorry, I had to pause there for a moment to wipe tears from my eyes, as the prize really is a thing of immense beauty.

In general, Berlin's geographical location means we always get an interesting mix of players. There are usually some Scandinavians from the north, as well as Czechs and Swiss from the south. This year we also have a group of Ukrainian players coming. And world champion Atis Silis has even told me he hopes to be there. He says it's because he wants to combine it with a visit to a relative in Frankfurt, but I think I know the real reason: he's won the world championship and is looking for greater challenges, so he has set his sights on the ultimate contest – the Berlin Open!

Of course, it is also well-known that the women of Berlin find Czech men irresistible, but I hope that doesn't influence any of your readers who are deciding whether or not to attend.

Thank you - and good luck with both Berlin Open and the ITHF!